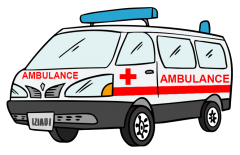 No, I didn’t fall off the face of the planet.

But yes, major things have been happening in the Paschke household. What’s been going on I hear you ask?

I’ve been ill. Those little munchkins that I enjoy teaching on a daily basis decided to care and share just a little too much and I’ve been feeling rather poorly for the past three weeks. Writing began to take a bit of a backseat as I struggled to get through each day before collapsing on the couch and falling asleep ridiculously early.

Then, just over a week ago, came the big scare for us that had me declaring “Writing be damned!” My father in law – a wonderful and gregarious man – managed to scare the living daylights out of us all when he had a rather serious heart attack.

To say we were terrified is an understatement. So my husband jumped on a flight to Adelaide to be with his family, leaving me alone with our furry four legged babies and still very ill myself.

To the three members of the Ambulance Service of South Australia who worked on my father in law as he had his heart attack, I thank you. You undoubtedly saved his life. And to the driver that refused to get out of the way of the ambulance as it hurtled down the expressway with its lights flashing and sirens sounding in order to get my father in law to a life saving hospital – you are quite simply, a moron.

A week later and three stents placed into his heart my father in law is now home and recuperating from his ordeal.

And me? I finally saw a doctor myself who ordered three days off work, lots of rest and fluids.

Which just leaves the writing be damned attitude. Quite honestly I cannot get to my laptop fast enough at the moment. My beloved family is well, hubby has returned home from the mainland (the furry ones seem determined not to let him out of their sight incase he escapes and disappears without their
approval again) and the words are flowing like crazy on to the page.

Becca has stolen Sarah’s keys, Spence is working a day at Dawning, Gabe has gone away for work and as for Sarah and Jamie? Well, you’ll just have to wait until A Second Wind is released to find out what those two are up to.